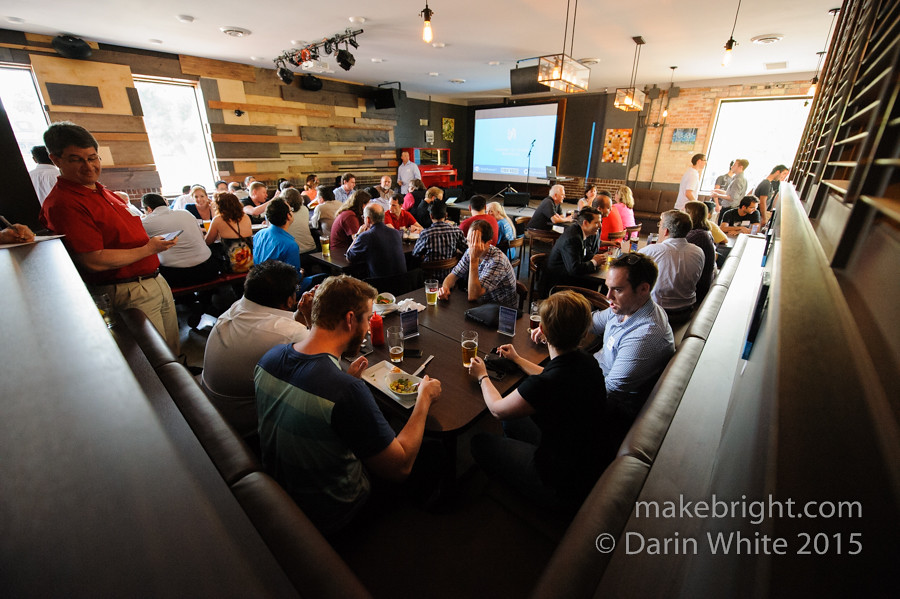 DW here again on the ME blog. On Tuesday last week, I dropped by The Boathouse for the regular IoT Waterloo meetup because (a) I just like that crowd, something about them… and (b) I wanted to talk up Maker Expo. I reckoned there was a substantial amount of makerly ambition in the room and they might be interested exhibiting at the Expo or know people who would be. Click through for a medium-unreasonable number of pics from the evening. But before you do, consider applying to be an exhibiting maker at Maker Expo. Deadline for applications is Canada Day. Whether you make IoT sensor nodes, deck chairs, or quilts, you’re our kind of maker. Here’s the application. And now, the photos… 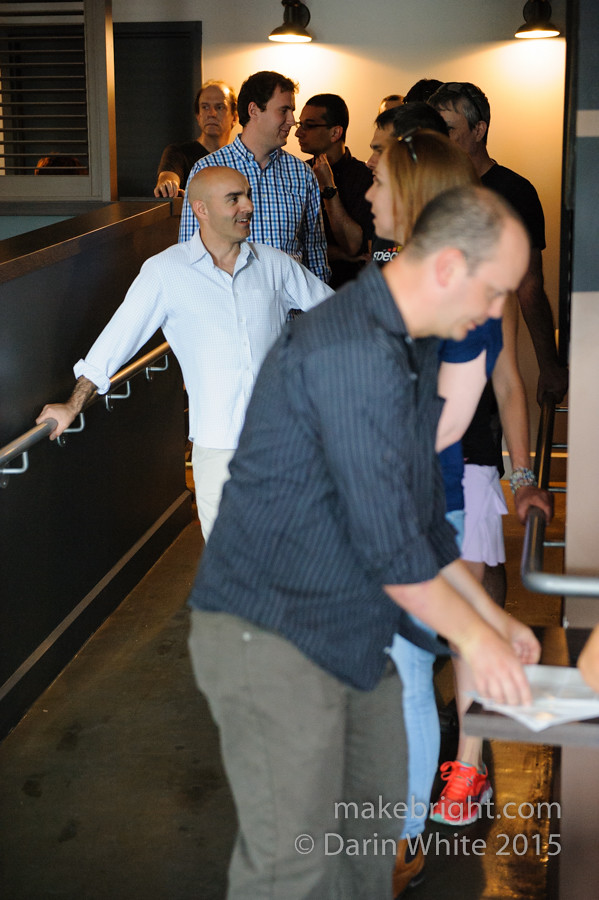 Mr. George Tsintzouras on the rail. With a physics background, a whack of years at Christie Digital and now his own startup, GT is most certainly a maker. 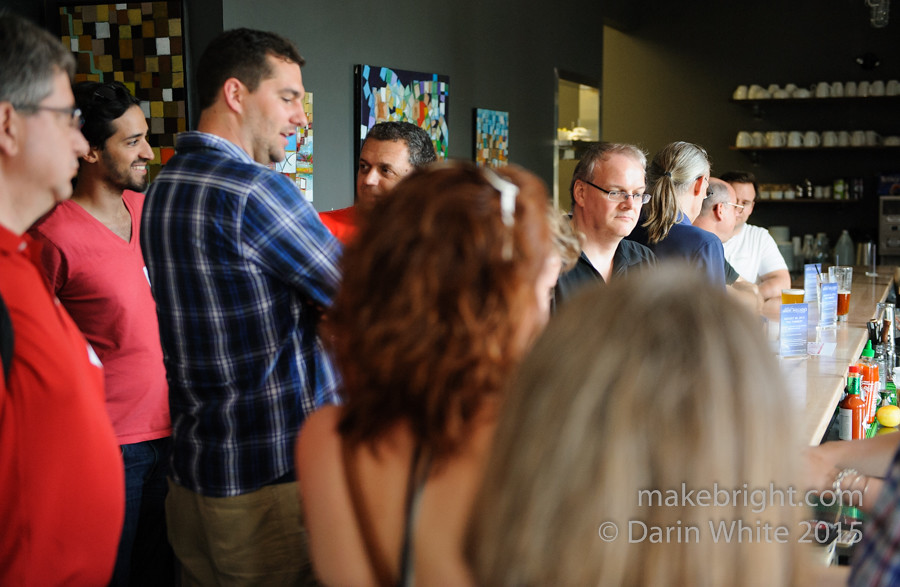 There’s Martin Zimmerman over by the bar. It’s not even clear how I first met Martin: the BlackBerry years, or the kwartzlab effort, but however it happened we seem to run in the same orbits. I gave Martin the hard sell for Maker Expo because he’s always got something cooking on the workbench and he’s got that great mashup of software/hardware expertise. 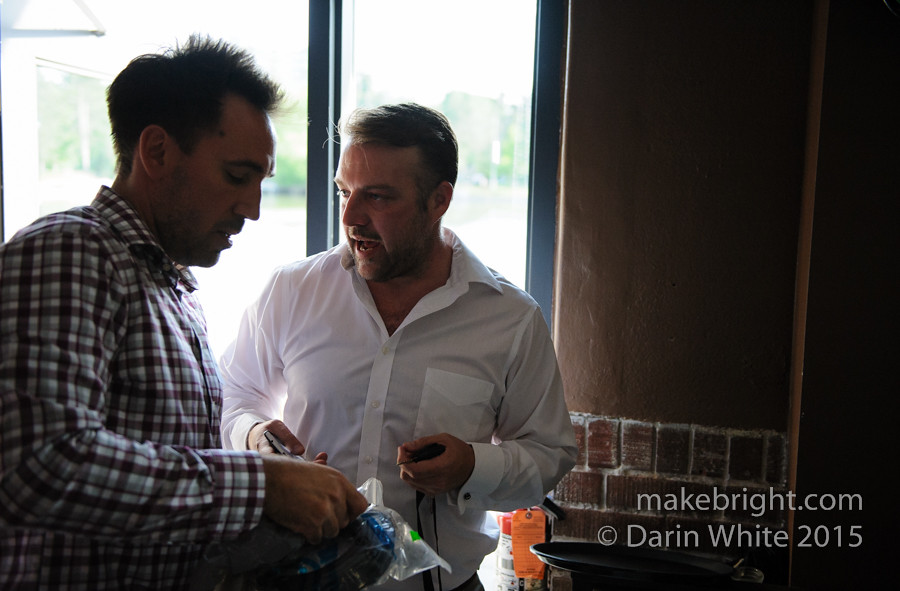 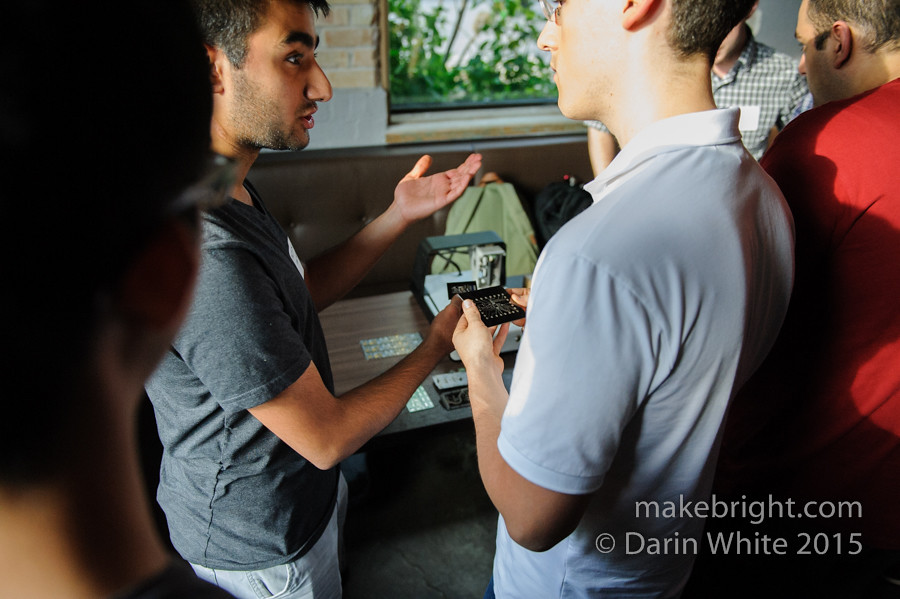 Out of the UW Velocity Foundry, startup Voltera was there showing off their circuit board printer that lays down conductive ink for traces. 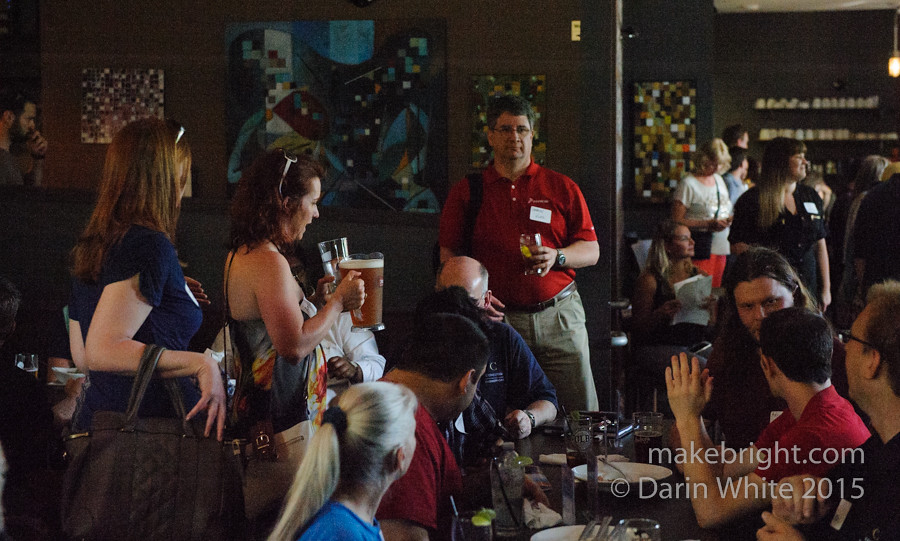 There’s Amy wrestling a giant pitcher of beer to the table. Don’t worry, it ended well. 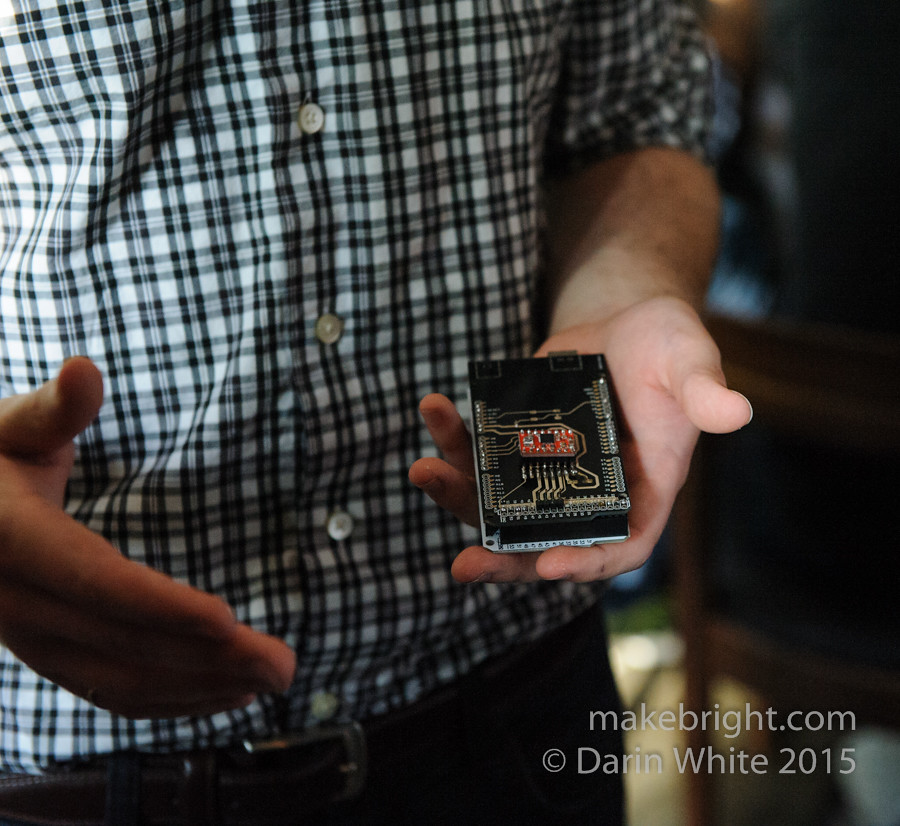 Voltera’s Matt showing off the output… 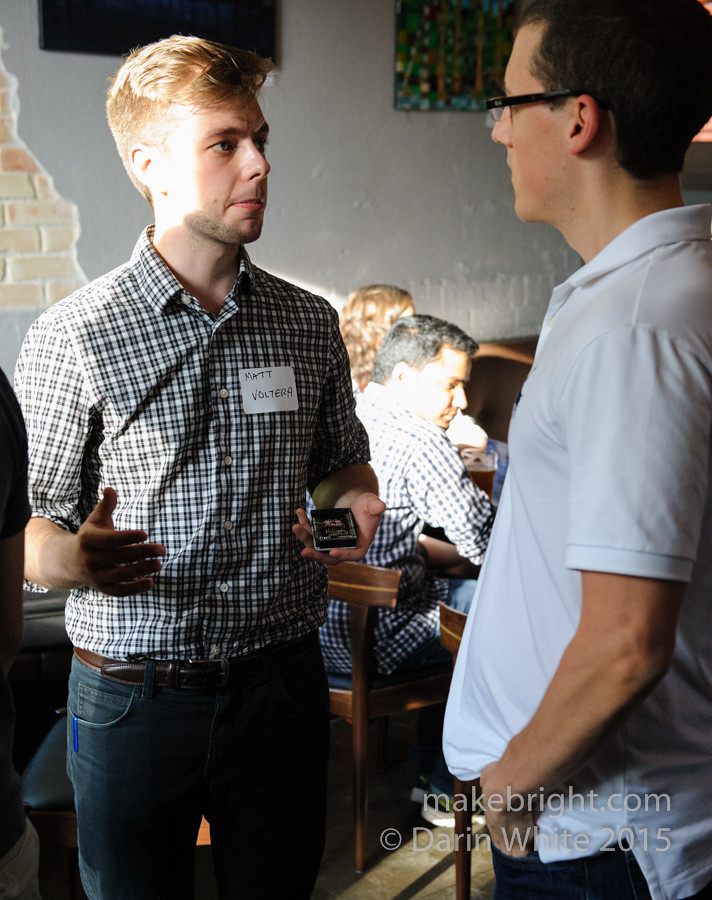 in the steamiest corner of The Boathouse. 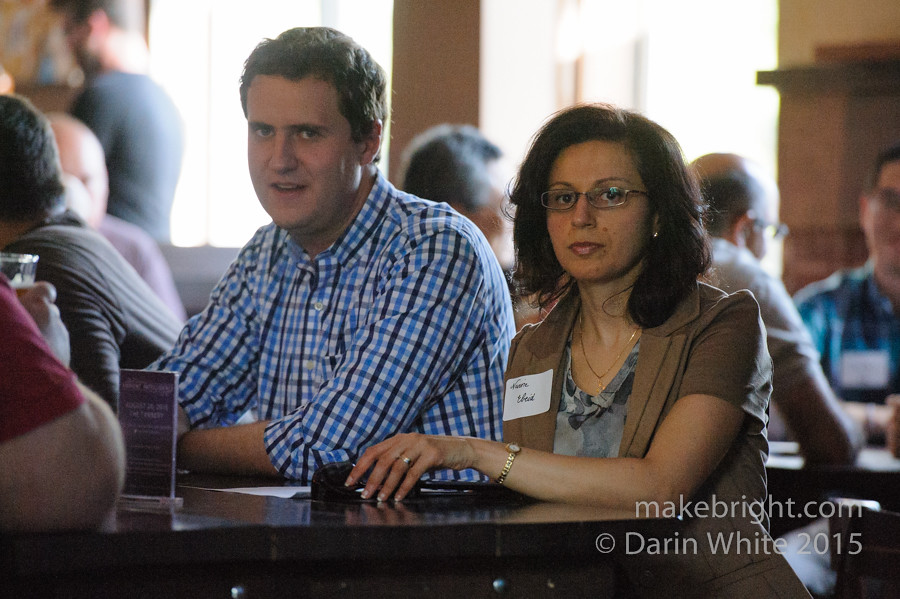 Nevine (right) does not recognize me with a giant camera pressed up to my face. Serious. 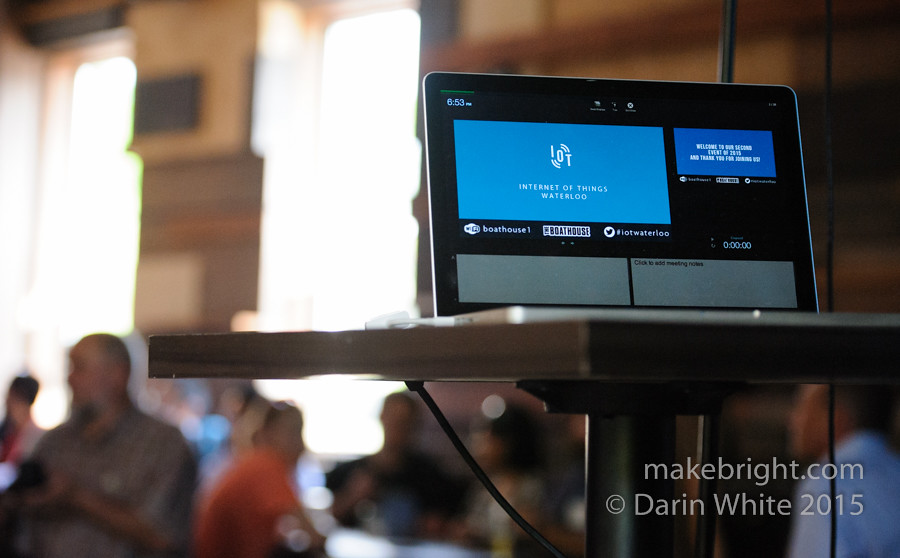 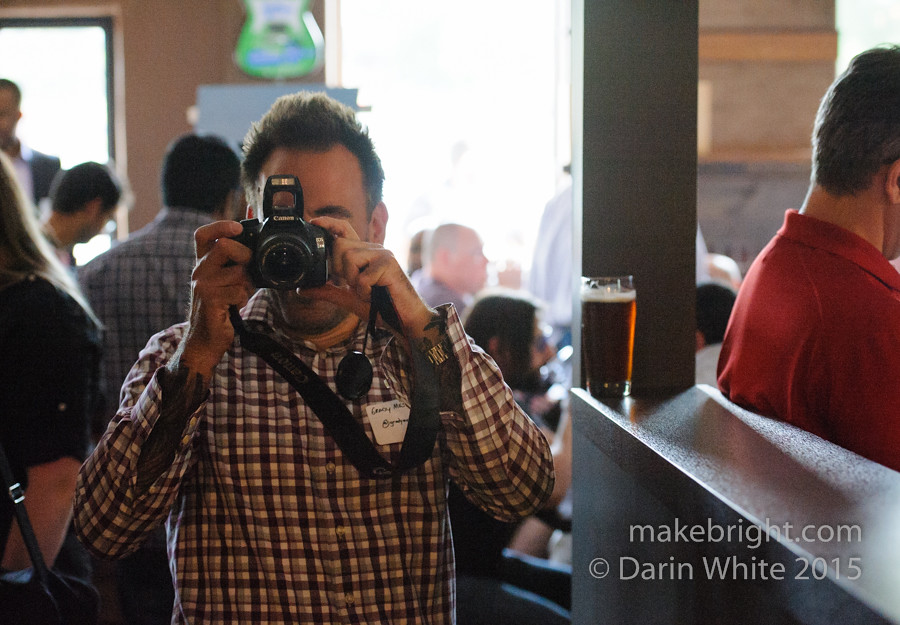 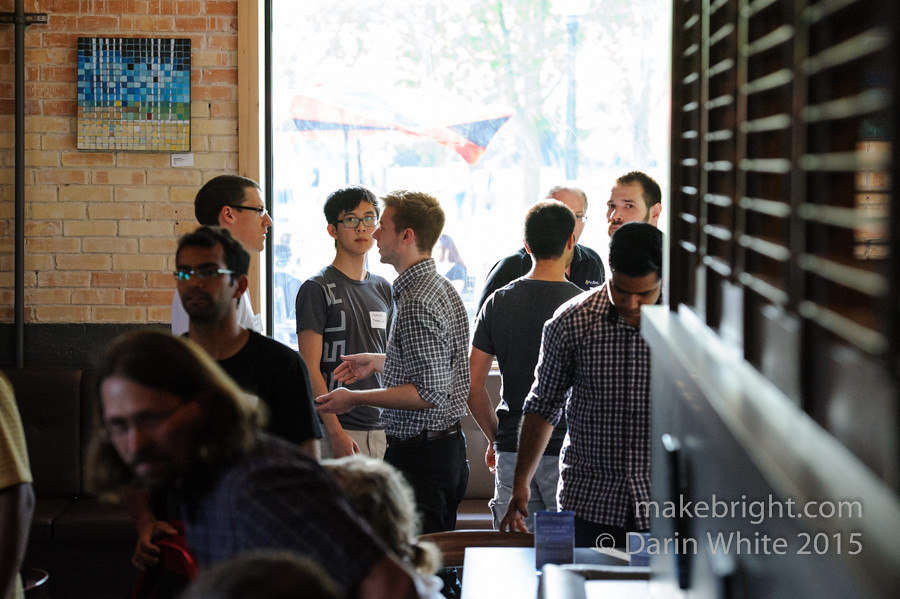 Hey, check out artist Shaun Mcfee’s work on the walls. Looks great. He’s sharing a workspace with Amy Roger down at Globe Studios if you’re looking for him. 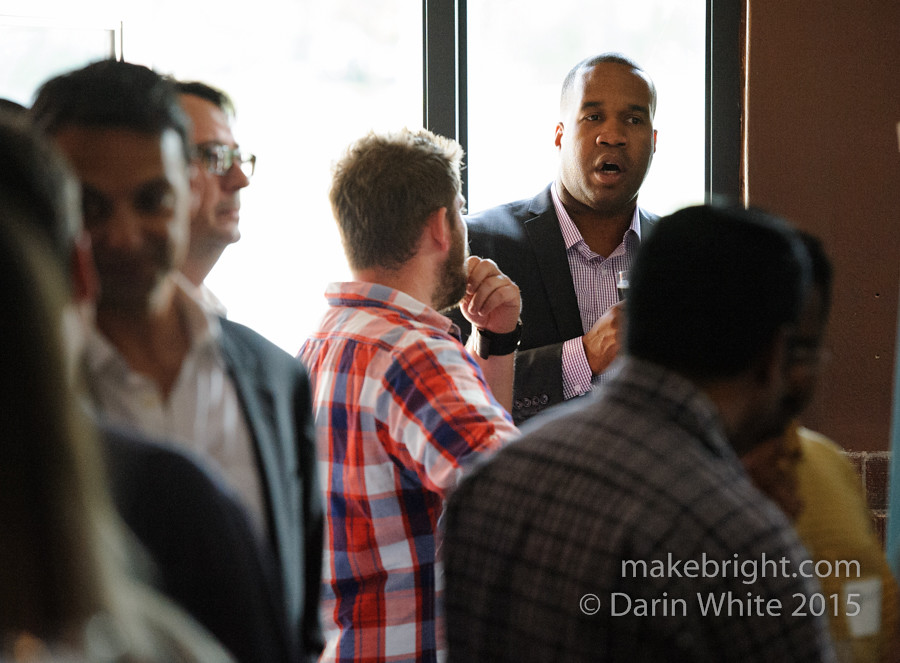 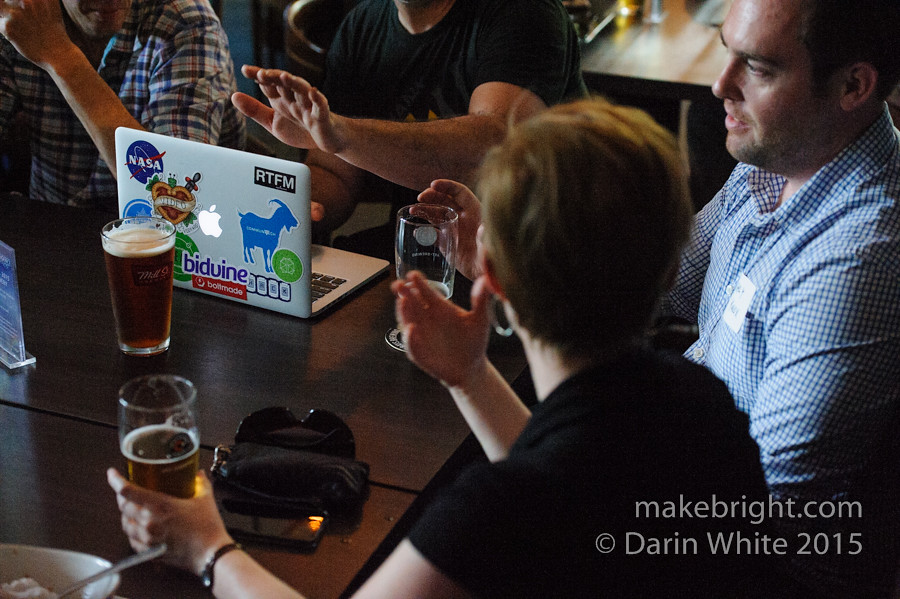 I call this one “Julia’s Beer” 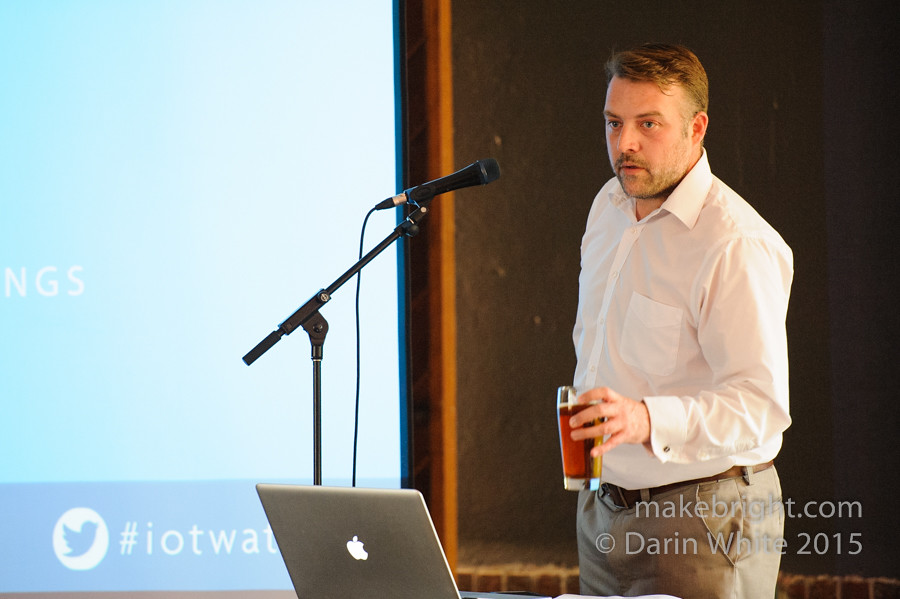 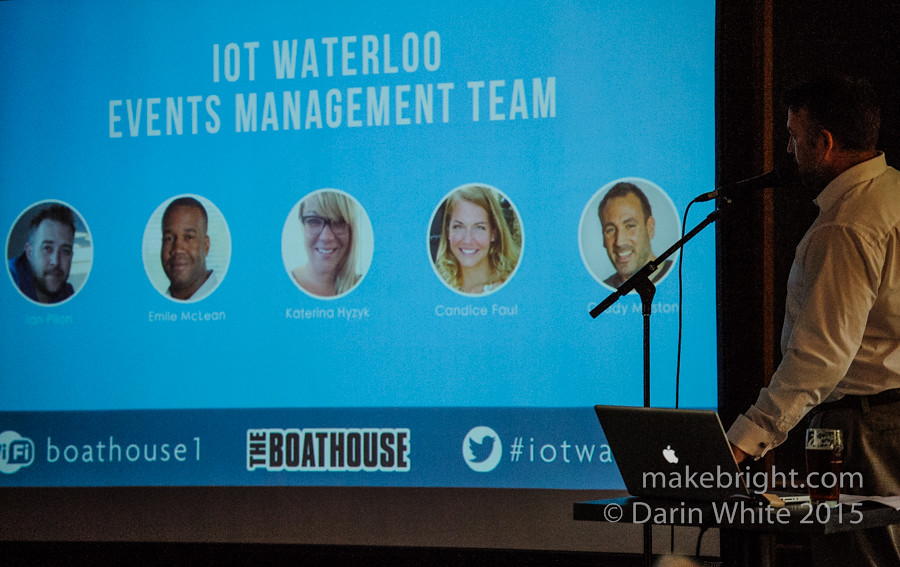 and his posse now have built a community of over 700 members locally in a little more than a year. 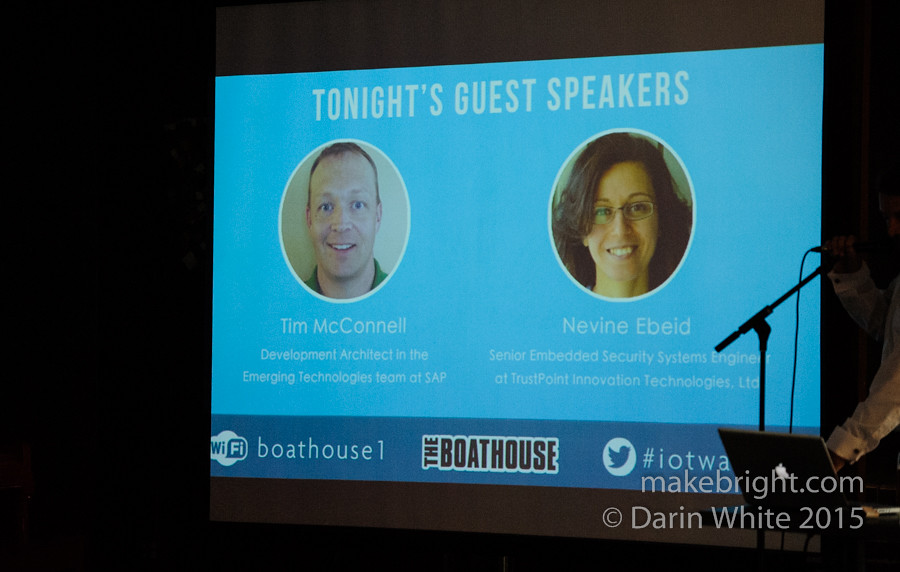 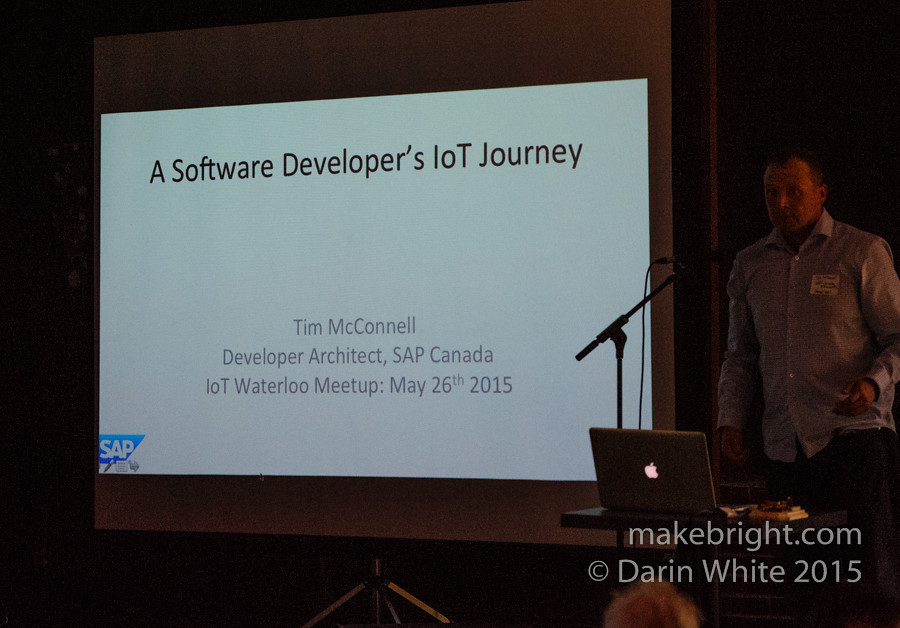 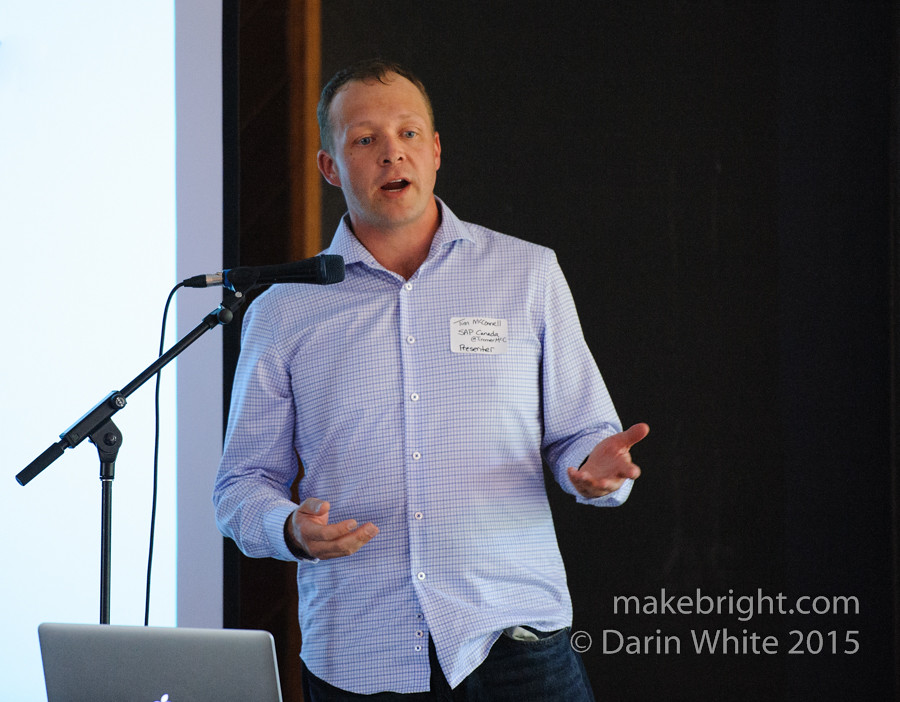 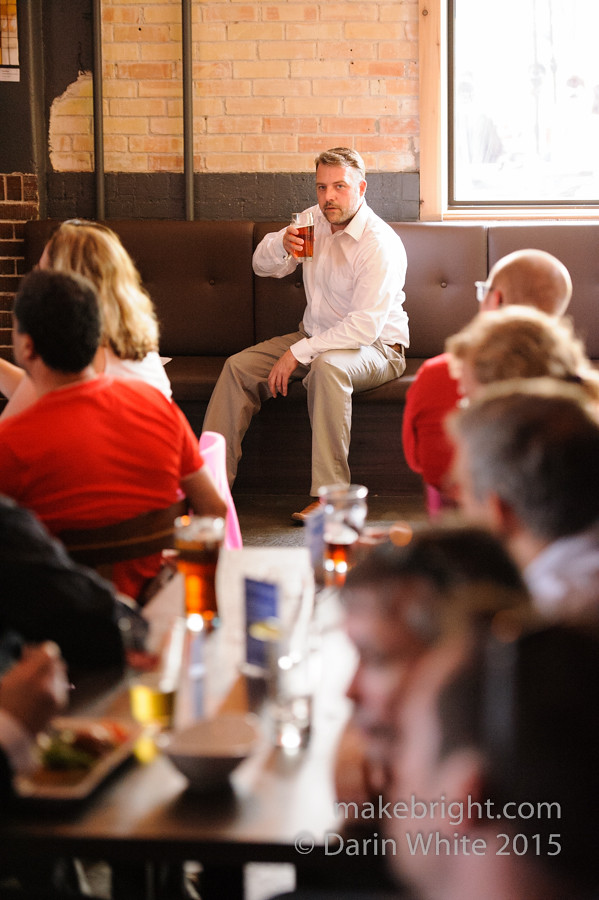 while Ian takes his repose… 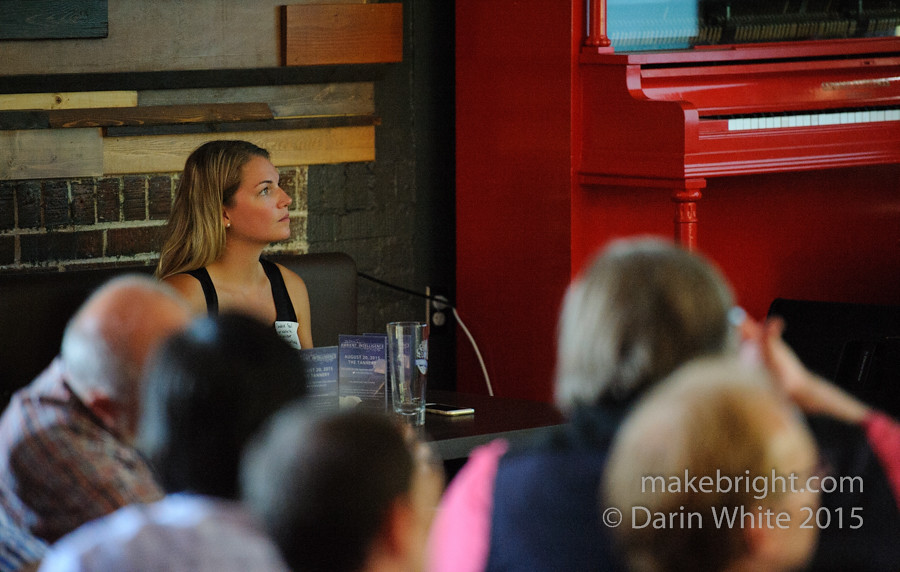 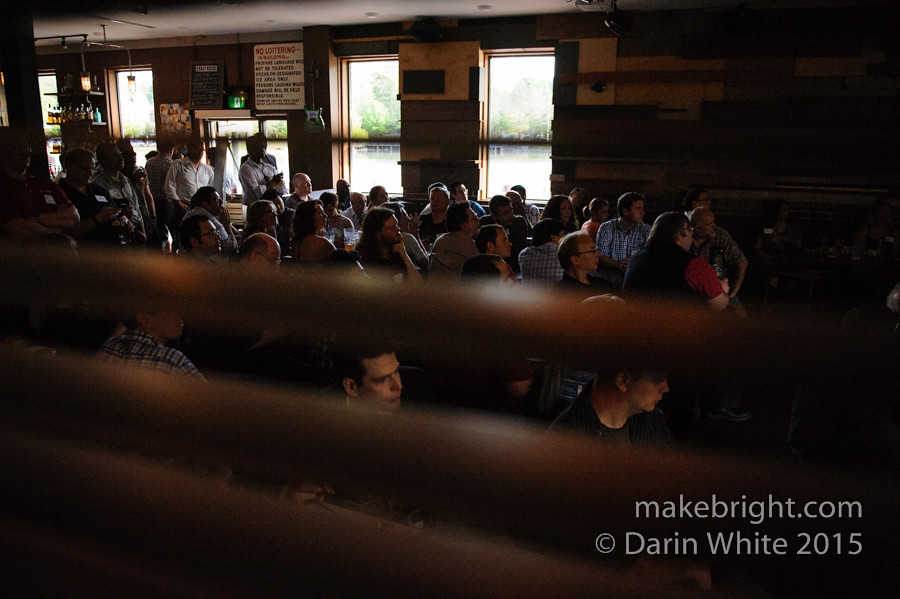 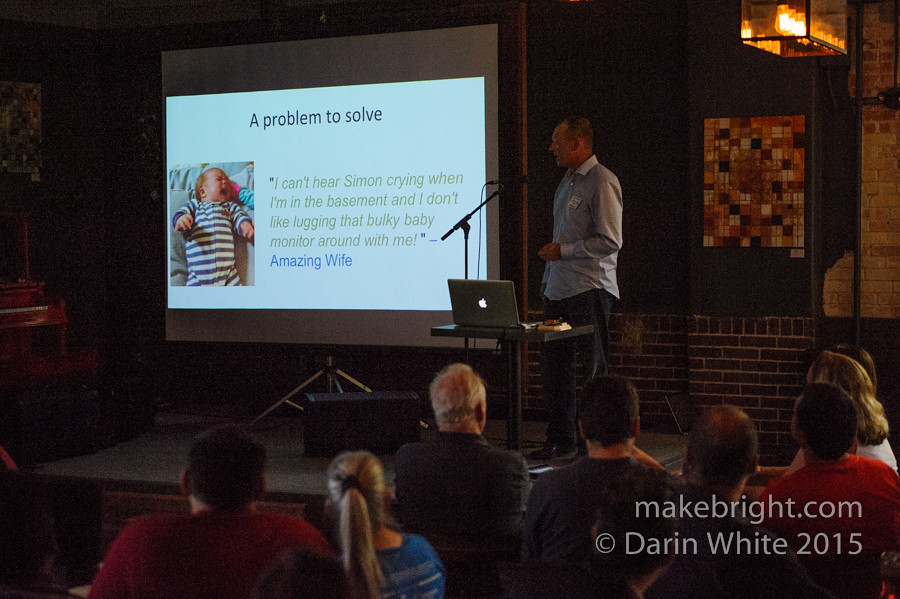 Tim hooked some electronic bits together with some code to create a baby-crying monitor that sends text notifications. More convenient than lugging the baby monitor around. 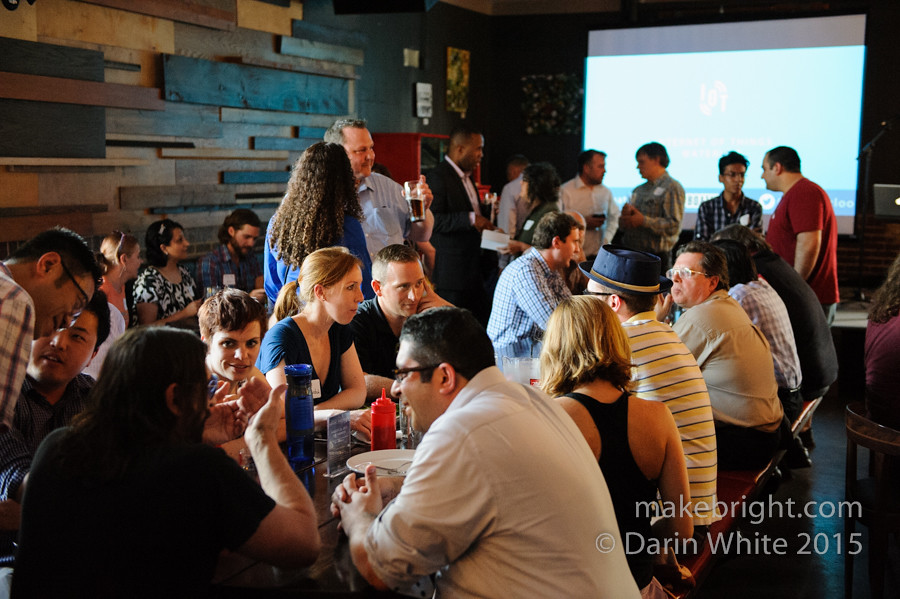 Then breakout for networking before… 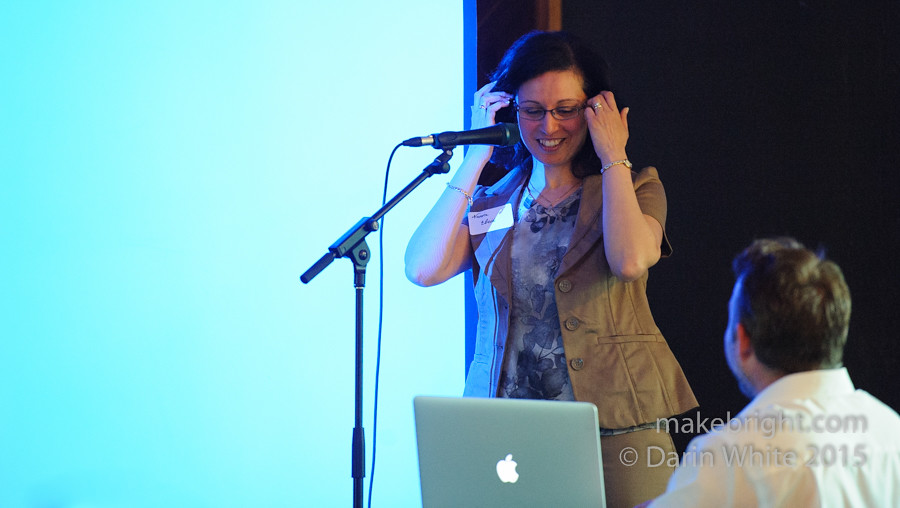 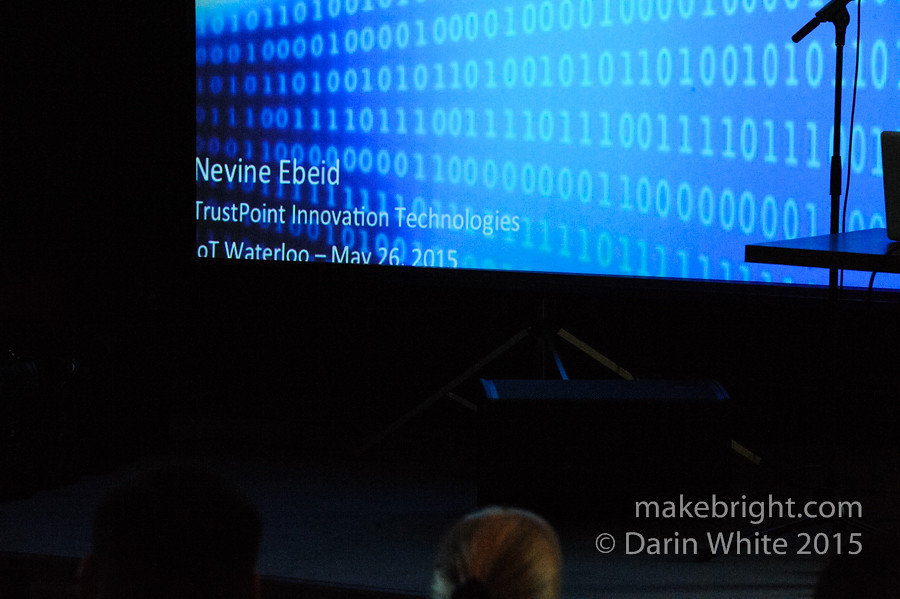 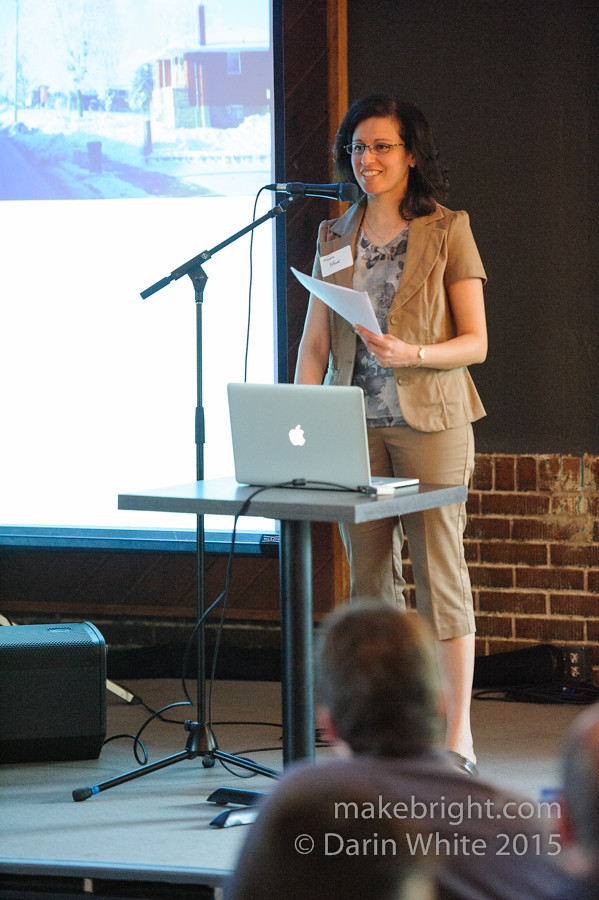 I think I first met Nevine way back when I was working in the Java Handheld Apps dev group at BlackBerry. 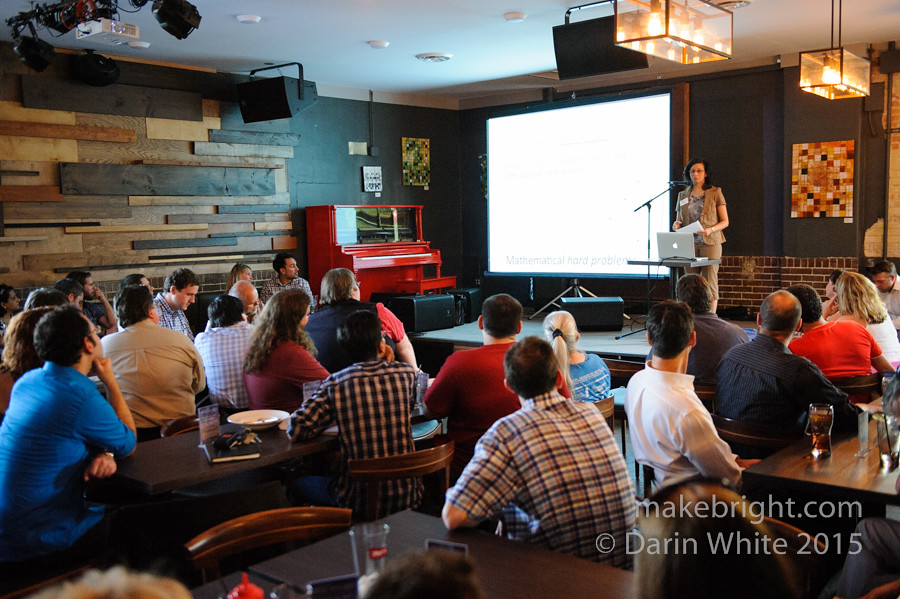 She had joined the crypto-dev team on a workterm from her Masters at UW. She’s now up on Phillip Street in Waterloo with Trustpoint and a lot of other familiar faces. 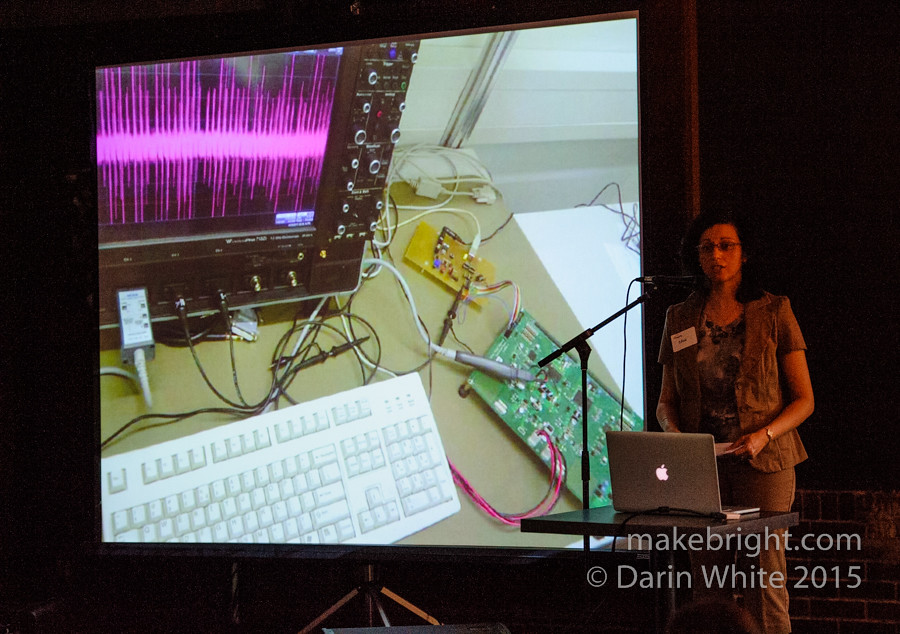 The slide of this rig capturing data for side-channel analysis brought back fond memories of my security days. 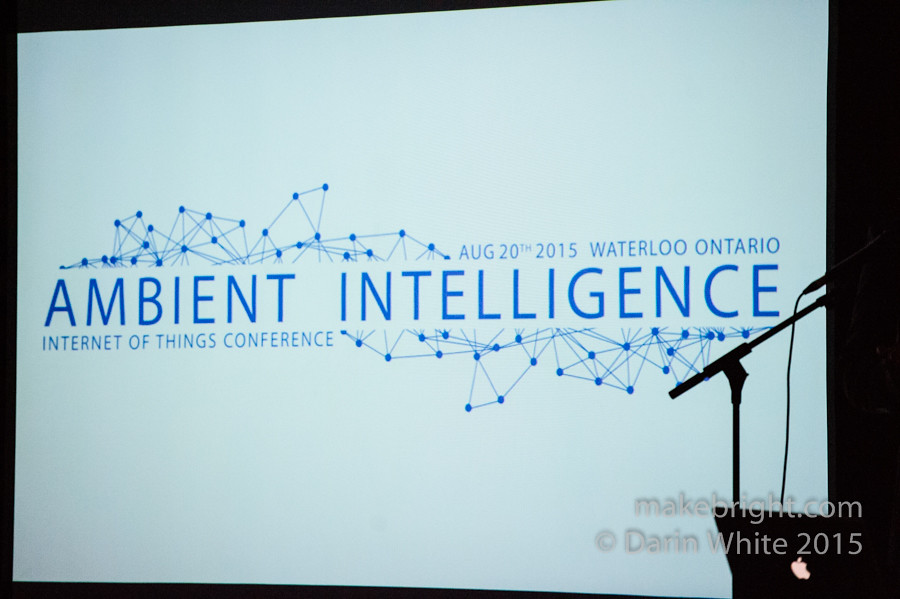 And in the spirit of do-all-the-things, IoTW is hosting their first ever conference: Ambient Intelligence. That’s coming in a little less than three months, so check it out. But first, you’ve gotta get your maker exhibitor application in to Maker Expo before Canada Day. Sure, Maker Expo is way out on September 19, but we need you to apply now!  We are all makers.

From The Boathouse with IoT Waterloo, this is how we build Maker Expo.