Anna Beard volunteered–you should too! 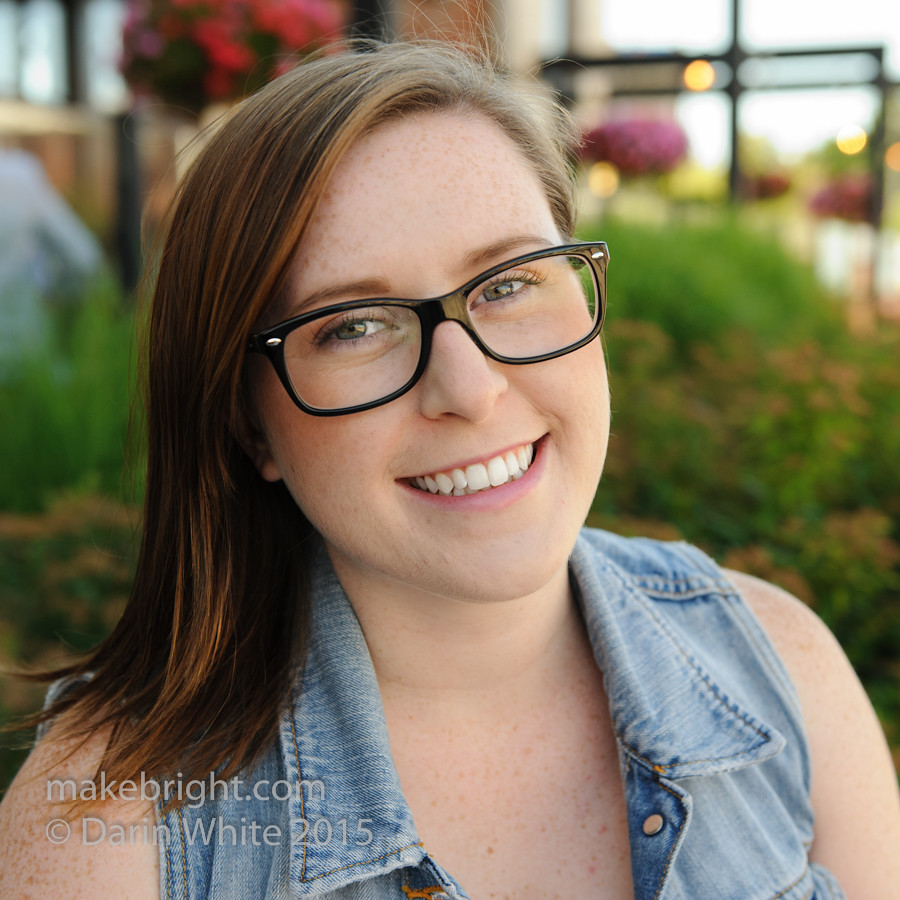 DW here. Y’all know that we’ve got a big push on for Maker Expo volunteers. Well we were super-delighted that our friend the ever-awesome Anna Beard volunteered (rhyme!). I beseech you to do the same: apply here to volunteer.

I first met Anna back in 2012 when I volunteered with the Grand Porch Party. She was managing social media for the effort. Since then, it’s become apparent that Anna is a serial volunteer whom I see just about everywhere in my travels around the Region. She has given time as a writer for one of my fave local reads, The Community Edition. She’s participated in a committee for the City of Waterloo. And most recently, she’s been devoting her charitable time-giving to The New Quarterly, a magazine of Canadian fiction, poetry, and conversation, run out of St. Jerome’s University here in Waterloo.

I’m looking forward to collaborating with Anna on some storytelling around Maker Expo in August, since that’s what we both love to do. I caught up with Anna for a quick chat and a few pics on Wednesday.

DW: Why did you volunteer for Maker Expo?

AB: I like being a part of things. And Maker Expo was the first thing that popped out at me as an opportunity to get involved in something downtown [Kitchener] since I’m moving downtown. And why would I not want to spend a day with 125 really cool people and the things that they do? 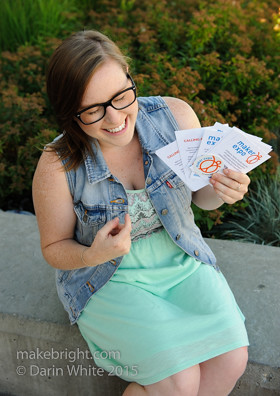 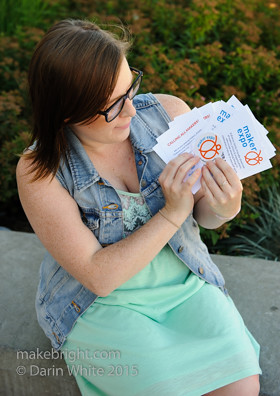 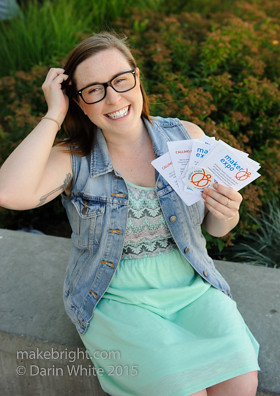 AB: It’s absolutely essential. With something like Maker Expo, it really is supposed to be people supporting a network of people who are trying to live. If people can make a living doing the things they love, that’s awesome.

DW: Do you see the impact of your volunteering in the community?

AB: In the short game, no. In the long game, absolutely. The time you invest in your community makes it better. Doesn’t happen overnight. You see different people develop skills and see an organization make a huge difference in the lives of people. With Sustainable Waterloo Region, that helped me develop a whole entire skillset that actually transformed my career path into what I’m doing now. So I’ve learned how to tell stories. I’ve learned how to properly write a media release. Do social media for an organization. And was part of their public relations team and got to know a little bit of design stuff in the background. Now, that’s what I do fulltime at [The University of] Waterloo. 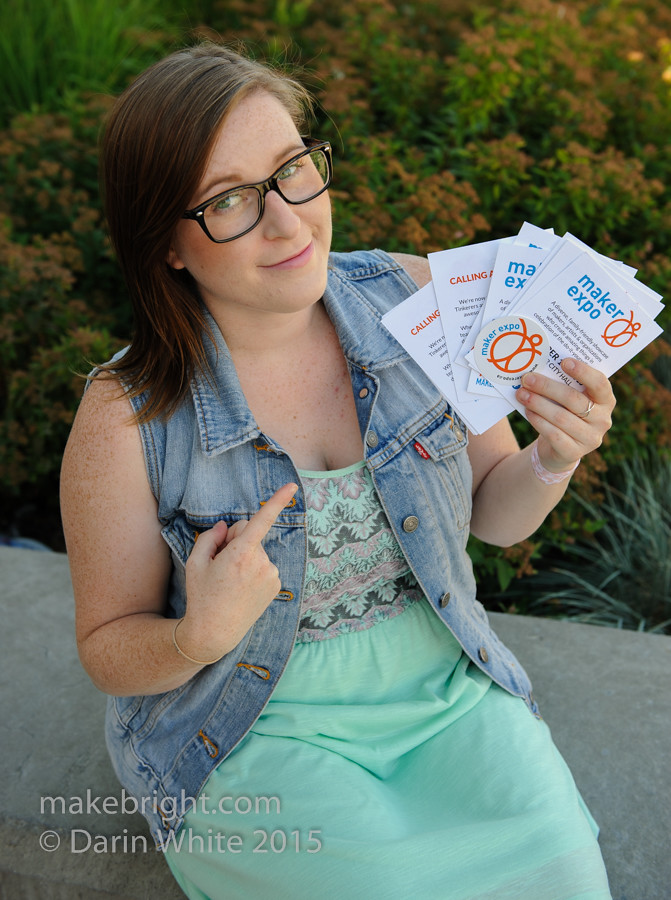 DW: What’s the biggest hurdle for people getting involved in their community in a volunteer capacity?

AB: People get nervous that volunteering is going to consume their lives. You can control how much you dedicate yourself to it. I dedicate 20 to 25 hours per week volunteering. There’s no reason why a family of five can’t take an hour out of their weekend and go and do something. Like going to The Working Centre in Kitchener and seeing how they can be involved there. And as your children get older they can develop good volunteering habits. So instead of making that seem like a burden, it’s a great opportunity to instill that opportunity to make a difference. 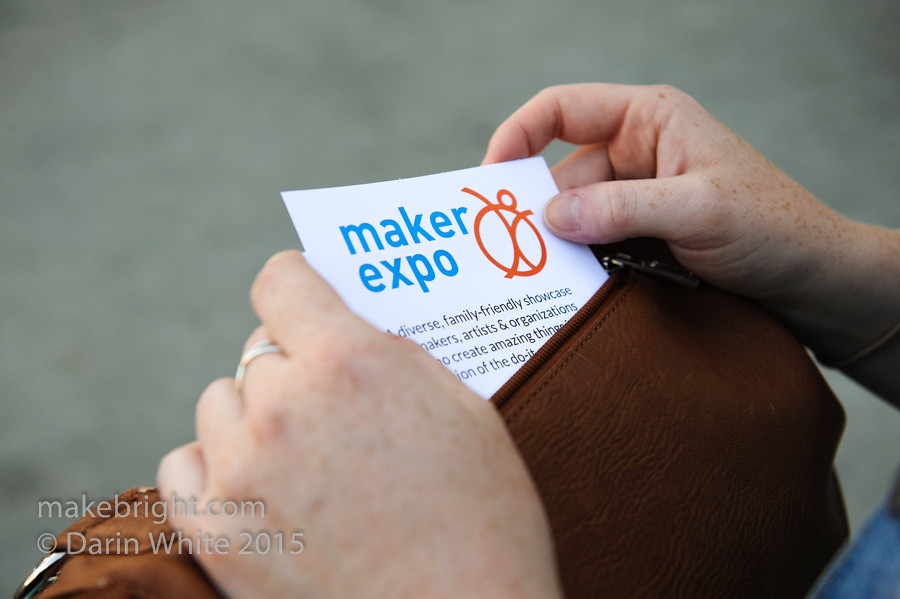 DW: speaking directly to potential volunteers, what would you say?

Alright, you heard it here, from Anna Beard. This whole thing runs on volunteer effort and we need your help. Want cool stuff in your community? Then you gotta make it happen. They way I look at it is if I don’t do this, maybe nobody else will, and then it doesn’t happen. Within each of us lies the capacity to shape our community, but it only gets real when we stop pondering and hedging and start doing.