3 Mayors square off at Maker Expo for BotBrawl

Hey DW here, as regular readers already know, a really cool component of Maker Expo on Sept 19 is going to be BotBrawl, organized by mega-makers Ravi Baboolal and Dalton O’Connor. You’re going to see an awesome competition of sumo bots in two weight classes: 30lbs and 150lbs. The name of the game is to push your opponent off an eight-foot circular platform.

In addition to all the great design, engineering, fabrication, and tech around these bots, Ravi cooked up an idea to have the mayors of Cambridge, Waterloo, and Kitchener square off in a mayoral bot battle with borrowed robots. And to give you yet another reason to come out to Maker Expo, Ravi and I are visiting three City Hall’s to check in with the mayors.

Last week, we were down in Cambridge talking with Councillor and Acting Mayor Pam Wolf (Doug Craig is out for a bit). Here’s a video we did to invite all of Cambridge to come on up to Kitchener City Hall for the Expo and cheer her on for bragging rights in the Mayoral Match-up. What are you waiting for, Waterloo Region?! Put Maker Expo in your calendar now. Saturday, September 19, 2015 from 10am to 6pm. I’m told the mayors are going to be warming up around 2:30pm so make sure you are heading toward the bots mid-afternoon.

Alright, as always: a few pics… 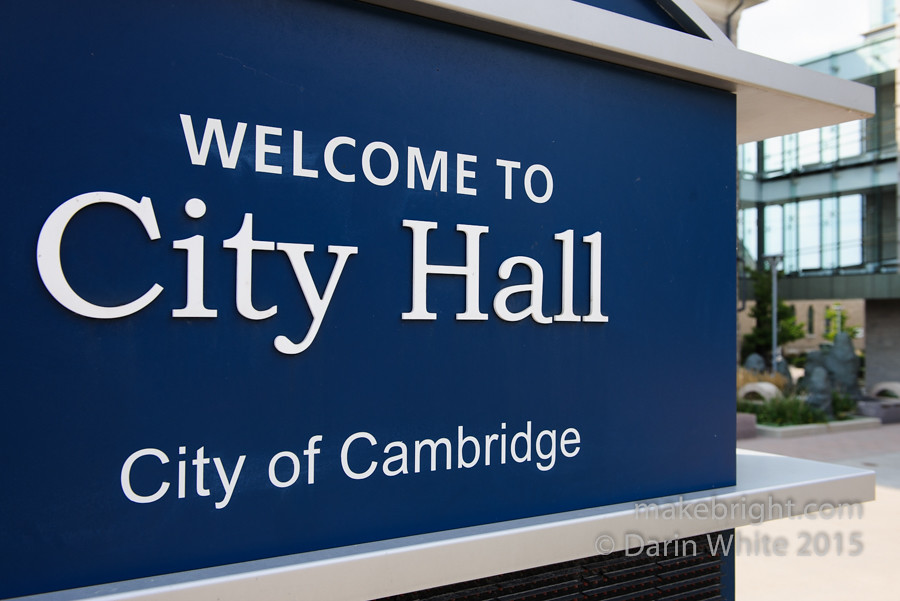 Feels like we were just here with our Maker Expo promo pop-up during the Cambridge Arts Festival. 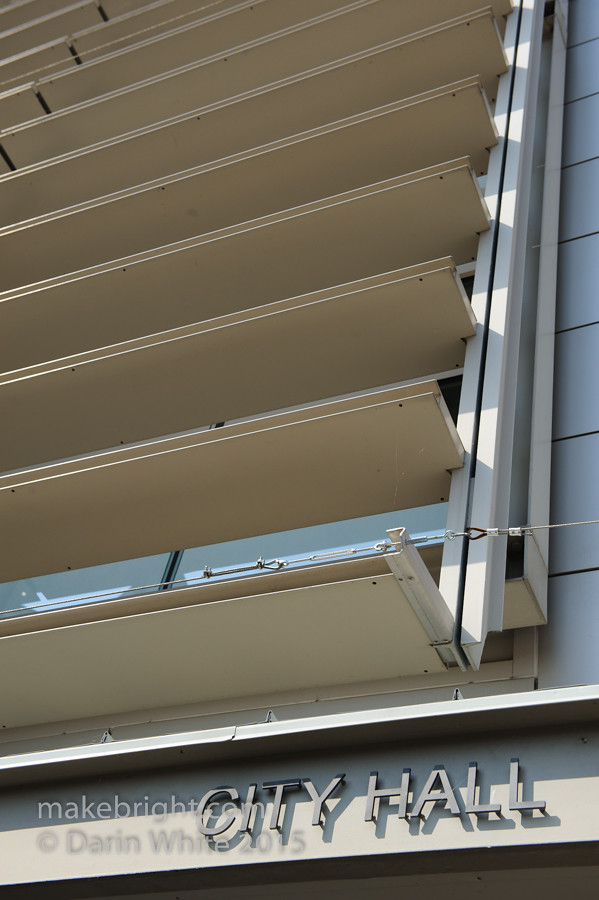 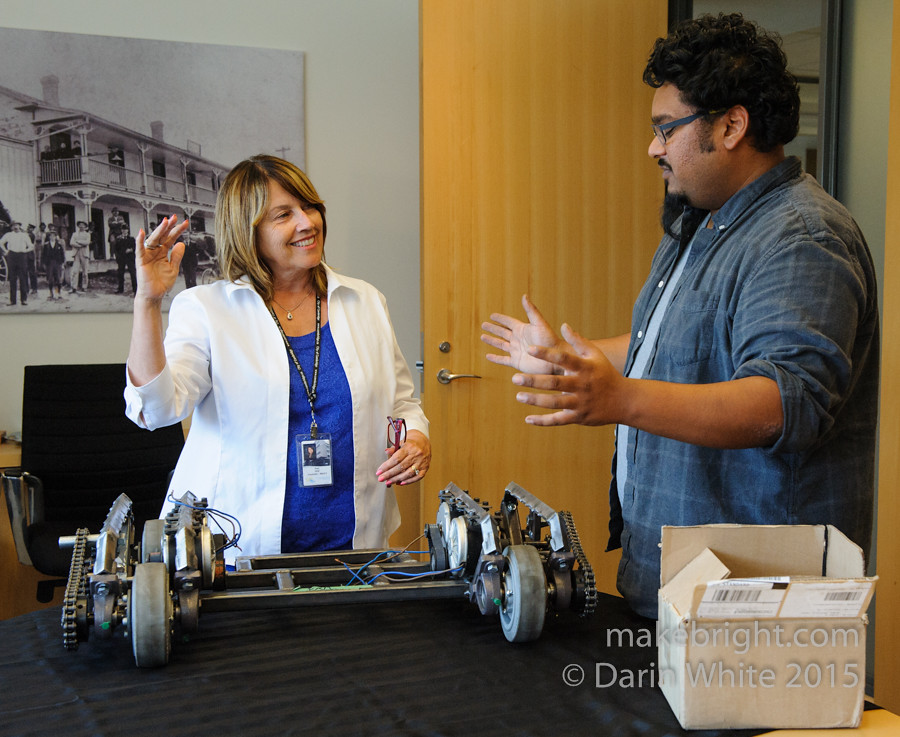 Cambridge Councillor Pam Wolf (left) talks bots with our Ravi Baboolal in the boardroom, aka the Cambridge Bot Garage. 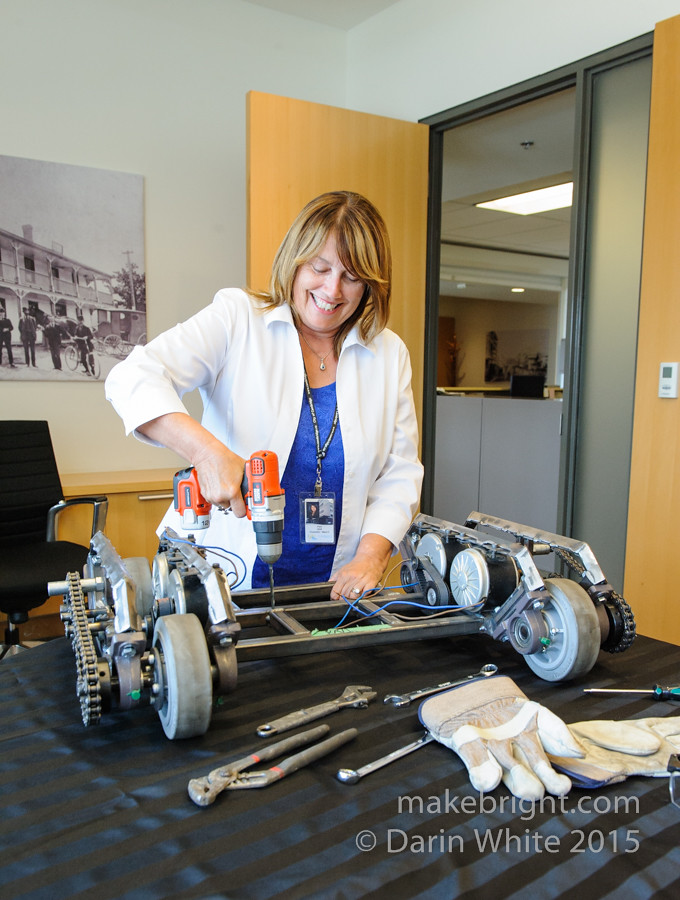 Pam got to work straight away. 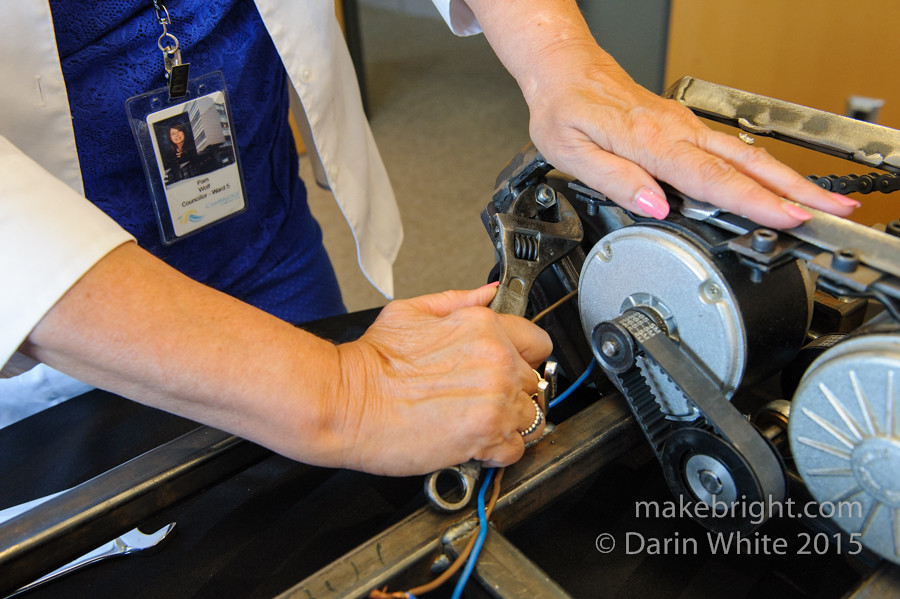 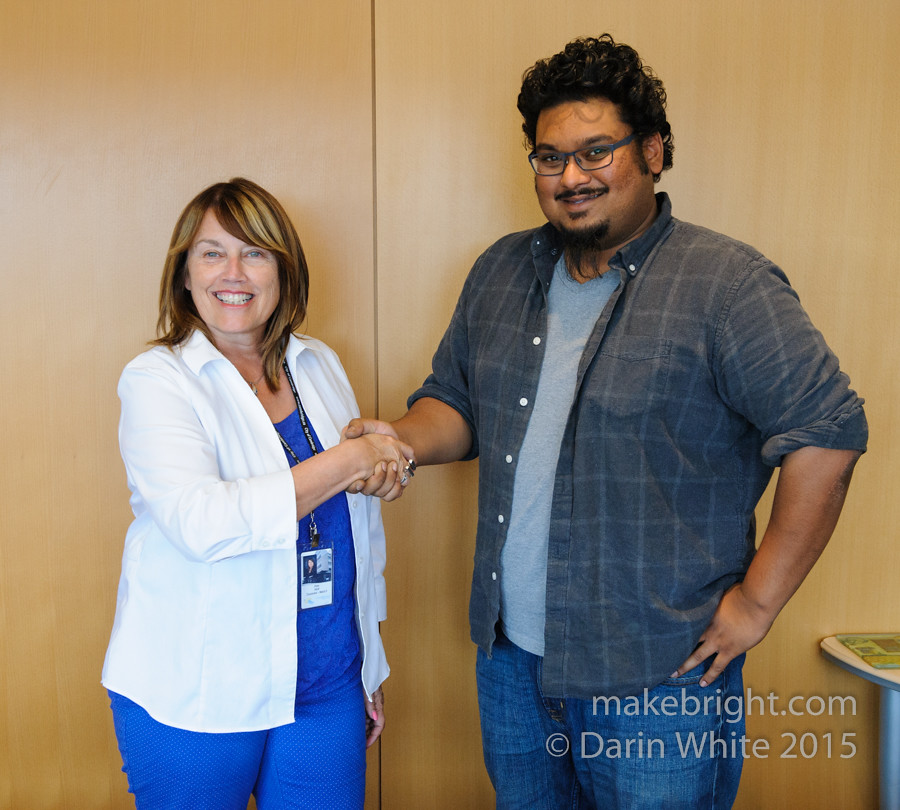 I gather Pam’s going to be driving Ravi’s Cambridge-made (he just lives over near Main and Dundas) robot. 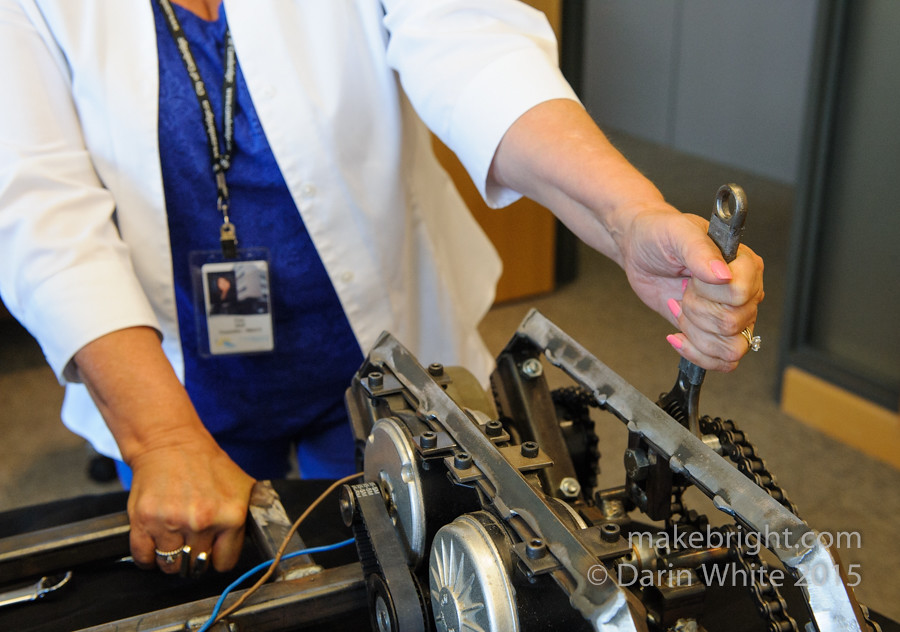 Thanks for jumping in to help us promote Maker Expo, Pam.

Up tomorrow morning, Ravi and I will be visiting Waterloo Mayor Dave Jaworsky to talk bots with him. Next week, we’ll wind up our mayoral tour at the very venue of Maker Expo: Kitchener City Hall. We’ll be talking with Kitchener Mayor Berry Vrbanovic, so stay tuned to this channel for all your Maker Expo breaking news and awesomeness.

This is how we build Maker Expo.